Are universities engines or products of economic growth?

The Venezuelan economy is in free fall. A drop in oil prices and a collapse in confidence in the country’s leadership have caused the economy of the once affluent South American country to contract by 50 per cent since 2013, according to the International Monetary Fund, and inflation to hit 13,000 per cent.

The country’s universities have by no means been spared the pain. Amalio Belmonte, rector of the Central University of Venezuela, recently said that he was encouraging academics to get second jobs to help them make ends meet. The university is also one of a number in the country planning to move to a three-day week, having received only a third of its expected budget for this academic year. Not surprisingly, then, a major brain drain is under way, encompassing both academics and students.

While the extremity of the Venezuelan crisis is unusual, the lack of protection afforded to its higher education sector in times of austerity is not. The economic crisis of 2008 saw many countries slash their spending on universities and research; the UK was unusual in largely maintaining budgets by converting most of the teaching grant into student loans.

The logic to the UK’s approach – loudly trumpeted by the universities themselves – was that since higher education and research are crucial to economic growth, those are the last sectors that should be cut when the economy takes a turn for the worse. This is an argument that is very commonly voiced in developed, “knowledge” economies – as well as those that aspire to that status. And it makes great intuitive sense: universities produce advances in knowledge and the educated workers necessary to capitalise on them. Global university rankings are dominated by universities from wealthy countries in the West and East Asia. Some institutions, indeed, have links to specific industries, such as Stanford University with Silicon Valley, and the Korea Advanced Institute of Science and Technology (KAIST) with Samsung.

Of course, some highly developed nations, such as Japan, Spain and Italy, are conspicuous by their under-representation in university rankings. But even if these countries generally lack institutions that hit the international heights, all three have highly developed university systems.

Analysis by Times Higher Education suggests that research quality (measured by field-weighted citation impact: an assessment of citation volume that takes account of yearly and disciplinary fluctuations) correlates quite strongly with factors such as gross national income (GNI) per capita and the United Nations’ human development index, which takes into account both economic and social factors. At least, it does if you confine the analysis to countries that produce significant volumes of research: smaller nations – many of which have anomalous citation statistics – make the correlation much weaker, or even negative. 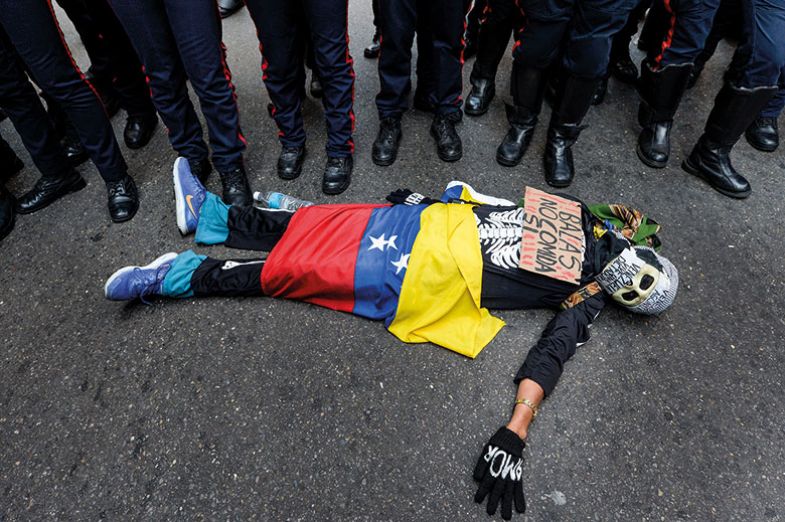 According to Simon Marginson, professor of international higher education strategy at the UCL Institute of Education, this is because some countries “don’t have developed research systems, meaning that the relationship [between GNI and citation impact] is not tested. Research capacity is distributed in a non-linear fashion. The problem with statistical measures is that they assume linear distributions in a non-linear world”.

Research productivity – measured by number of papers produced per head of population – also correlates reasonably strongly with economic development measures. So do enrolment levels in tertiary education – although, interestingly, the correlation declines as enrolment rates increase, suggesting that a law of diminishing returns could apply.

In addition, according to Anna Valero, an ESRC innovation fellow at the London School of Economics, “simple country-level correlations show that those with more universities tend to have more patents. And [evidence suggests links between] local patenting and growth. These effects tend to be stronger for growth in industries that are relevant for the particular patent or research area”.

But even if there are correlations between economic development, tertiary enrolment, research quality and patenting activity, does that imply causal links between them? And, if so, which way does the causality flow?

Some commentators are sceptical of the idea that universities are the cause of economic development, as opposed to being a result of it. In a recent edition of THE, Lincoln Allison, emeritus reader in politics at the University of Warwick, wrote: “Of course, Sweden is much richer than Burundi and has many more people in higher education, but the causal process is largely the other way round” (“My learned friends”, Features, 8 March). In defence of his view, he cites the example of Switzerland: a highly developed country that, by international standards, sends relatively few people to university: just under 28 per cent of under-25s at the most recent count (“No more graduates needed: Switzerland takes its own route”, News, 26 April).

But, of course, Switzerland does have a very strong university research sector. And there is some evidence to suggest that developing higher education has some causal effect on the development of an economy – especially at a local level. In their 2016 discussion paper, “The Economic Impact of Universities: Evidence from Across the Globe”, Valero and her LSE colleague John Van Reenen estimate that a 10 per cent increase in a region’s number of universities per capita equates, on average, to 0.4 per cent growth in its future GDP per capita.

But the effect is weaker for regions with higher GDP per capita relative to the “frontier” region in that country, Valero explains. The effect is also stronger for regions with fewer universities to begin with; adding one university to a region that has only one existing university would lead to a 3 per cent boost in GDP, while adding a university to a region that already has 100 universities would result in a boost of only 0.04 per cent, Valero says. This suggests that universities could play a particularly crucial role in the earlier stages of regional economic development.