Freed From War: The Road to Reintegration for Ex-Child Soldiers in Sudan

In the welding class at a vocational training center supported by the Child Development Foundation (CDF) in Medani, El-Gezira state, Sudan, dozens of young adults are listening carefully to their instructor while he explains how to clean and soften the surface before cutting the iron. Two of the students are ex-child soldiers, the others are children from Medani. They are part of a community-based reintegration programme directed to all the children in Medani, in order not to stigmatize former child soldiers.

Despite their release from armed groups or armed forces, children like Raed and Khaled* still carry the scars of conflict; the vocational training is only one aspect of their reintegration process. UNICEF-supported reintegration programmes also provide them with educational opportunities and psychosocial assistance, to allow for their sustainable reintegration in the communities.

Click here to view the story of Raed and Khaled in images. 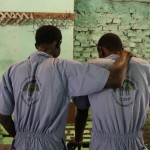 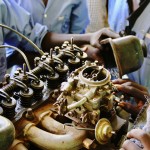 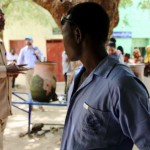 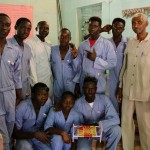 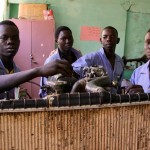 Supporting the Government of Sudan to ensure that children released from armed forces and groups receive systematic reintegration support, including psychosocial, medical, family tracing, and educational support, is a priority for the United Nations in Sudan. Over the past 9 years, more than 2,000 children have been reintegrated within their families and communities in Sudan, with UNICEF’s support.

Reintegration is a fundamental step for released children and it includes reunifying children with their families, as boys and girls are often separated from their families when fleeing from conflict. In 2018 alone, the National Council for Child Welfare, UNICEF Sudan and the child protection sub-sector has supported 428 children be reunified with their families using the national family tracing database.

The community-based reintegration approach builds on the strengths and resilience of boys and girls while focusing on education and employment, as key elements both in the prevention of recruitment and in the sustainable reintegration of children into their societies. This community based approach goes beyond reintegration as Mohamed Ibrahim Suleiman, a Child Protection Adviser for UNICEF in Kadugli, South Kordofan, explains: “We are focusing on prevention; we are working with the communities to strengthen their capacities to develop activities to protect children. For example, we helped developing mechanisms allowing community members to report child violations in a confidential process, and liaise with health and social workers, schools and justice professionals to protect children.”

It takes a village…

Assisting with reintegration support is a component of the Action Plan signed by the Government of Sudan with the United Nations in 2016. The reintegration process is in fact the responsibility of all, allowing children to get a multidimensional support to find their place back in their community and contribute to a peaceful society. The National Council for Child Welfare, social workers, the Disarmament, Demobilization and Reintegration Commission, NGOs, the UN, and communities work together to support these children.

In El-Gezira, the communities are playing a direct role in providing such resources and options, not only to ex-child soldiers but to all children. Community support to the youth is a powerful prevention tool as a community leader explains: “There are many young boys who are really poor, some lost their parents in the war and they are now in charge of their family. Our role is to provide them with a space, so they can learn electricity, mechanics or welding, and ultimately find some work. There are currently 20 young men studying at the vocational center but we are still working on gathering others from around the neighborhood.”

Raed and Khaled are hopeful that they will be able use their welding skills to find some work. They are even considering to team up and open a small shop together. Nothing is impossible. Reintegration programmes are not only giving children tools to build their future; they are also giving them hope.

Freed From War: The Road to Reintegration for Ex-Child Soldiers in Sudan

Sudan Plays an Important Role in Combating Terrorism and Extremism