Three Australian citizens – two of whom also hold British passports – have been arrested and detained in Iran.

A female British-Australian academic who has been teaching at a university in Australia was arrested several months ago, sources confirmed to the Guardian.

In an unrelated arrest several weeks ago, a British-Australian blogger and her male Australian partner were detained while travelling across the country. It is believed they were camping in a military area around Jajrood in Tehran province.

The Times reported that the academic had been sentenced to 10 years in prison and was being held in solitary confinement, according to a source familiar with the case. The source also said the blogger had been told by the Iranian authorities that she was being held in order to facilitate a prisoner swap with Australia.

Iran has targeted Iranian dual-national citizens in recent years, but the detention of foreign citizens who do not hold Iranian nationality is unusual.

The Australian government is leading negotiations with Tehran over the conditions and potential release of all three arrested.

The UK Foreign Office has been aware of the incidents for some weeks, but has asked journalists not to report them.

Guardian Today: the headlines, the analysis, the debate – sent direct to you

The two women have reportedly been detained in Evin prison in Tehran, where the 41-year-old British-Iranian Nazanin Zaghari-Ratcliffe has been incarcerated on spying charges since 2016. The whereabouts of the man is unknown.

Boris Johnson, then the UK foreign secretary, was severely criticised over his handling of the Zaghari-Ratcliffe case after he erroneously told the Commons she was teaching journalism while in Iran.

Tensions have been rising between the UK and Iran in recent months, triggered by the seizure of an Iranian tanker by the UK off Gibraltar in July. In August, the Australian prime minister committed to a US-led mission to patrol the Strait of Hormuz, through which about a fifth of the world’s oil passes. Scott Morrison said “destabilising behaviour” – a thinly veiled reference to Iran’s capture of foreign-flagged ships – was a threat to Australian interests.

A spokesperson for Australia’s department of foreign affairs and trade confirmed the department was providing consular assistance to the families of three Australians detained in Iran.

The advice also urges travellers not to visit military or nuclear sites, which, it says, “are not always clearly marked”.

An increasingly unpredictable brinkmanship has emerged between the US – and by association, its allies – and Iran since Washington withdrew from the Iran nuclear deal in May 2018. The US has pursued its “maximum pressure” strategy through economic and trade sanctions, while Tehran has responded by stepping up its nuclear programme beyond the limits of the deal.

On Wednesday Iran’s ambassador to the UK, Hamid Baeidinejad, was summoned to the Foreign Office by the foreign secretary, Dominic Raab, amid British claims that Tehran has torn up undertakings that the seized Iranian oil tanker would not sell its 2.1m barrels of oil to Syria.

Britain released the ship only after receiving written undertakings from Iranian diplomats. Iran says it is not required to implement EU sanctions against Syria, and now says the ship’s oil has been sold. 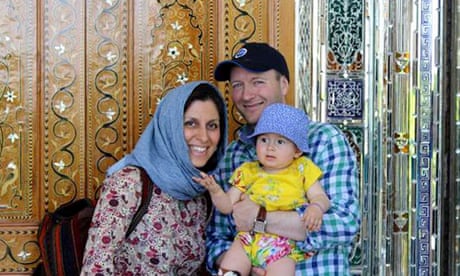 Free Nazanin or I fear she will take her life, pleads husband

The UK remains committed to the 2015 Iran nuclear deal, despite pressure from the US to pull out, and is privately supporting Donald Trump in his efforts to hold a summit with the Iranian president, Hassan Rouhani, at the UN general assembly in New York.

The British MP Tulip Siddiq said: “Iran have raised the stakes again and shown the UK’s soft diplomatic responses to Iran’s illegal and inhumane treatment of British prisoners has not worked. This is a wake-up call for the prime minister and the government to act urgently to bring our innocent citizens home.”

Alistair Burt, a former minister in the UK foreign office, told the BBC that “hostage-taking” appears to have become part of Iranian policy. “It makes it very difficult for those who want a different relationship with Iran to get on the front foot with those who regard it as unremittingly hostile,” he added.

According to the Center for Human Rights in Iran, at least 12 dual and foreign nationals or Iranian citizens with foreign permanent residences were known to be imprisoned in the country as of July 2019. Most hold Iranian citizenship alongside another nationality, but Tehran does not recognise dual citizenship and these prisoners are routinely denied access to embassy officials from their other country of nationality. 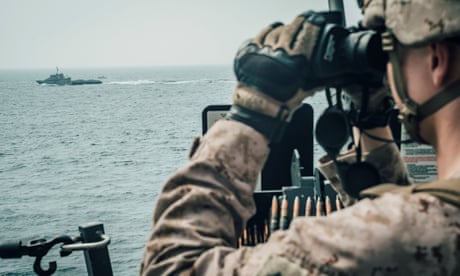 The centre said there was a pattern to the arrest of foreign nationals, involving prolonged solitary confinement and interrogations, a lack of due legal process and access to counsel, and a denial of consular access or visits by the UN or humanitarian organisations. It is understood that at least one of the British-Australian women being detained has had meetings with Australian consular officials.

Hamdouk to Visit Egypt and France Next Days